It is with sadness that I share with you that on Wednesday, April 24, 2019, Fred Broers has passed away

For 18 years I had the pleasure of working with Fred. We first met in Spring 1992, when I graduated from University and applied for a job where Fred was the commercial director and partner. As Fred was leaving that company to start his own, he needed someone to materialize his ideas, so he reached out. And the ideas he had! He was always full of fresh, creative ideas.

Fred always loved telling the story, of how he couldn’t remember where exactly I lived after he left that other company. Although that company where he was a partner was 80 km away, we lived only 500 m apart, each on the border of 2 adjacent cities. But as much as he tried, he couldn’t find where exactly my home was; some new houses were built next to it in the meantime. We met again while we were both exercising in the dunes. Soon our partnership was born.

We started Nebu at Fred’s home. Our first software was developed for salespeople, which was Fred’s expertise already for many years. He had worked for big Dutch dairy companies as a sales manager, bringing Dutch cheese (Frau Antje) to the German market.

Fred’s style in sales was very personal, always friendly, open and filled with camaraderie. A quality many people liked about him. This brought us soon to building a contact management system, RelMan for the insiders. Soon after that, we switched to Market Research and added Dub InterViewer and ProjMan to the suite of tools.

We soon got in contact with Market Research and when we needed to make a strategic decision about continuing in sales or market research, Fred asked me at a Young Market Researcher event (yes, with many pretty young women) whether I preferred Sales (which was a men-only world) or Market Research, the decision was quickly made…. That was him, all about gut-feeling, the best way to make important decisions.

I remember the first conference where we exhibited. Fred insisted on playing ‘New Kid in Town' by The Eagles, which we played all day long. People knew we were there.

And exhibitions were really Fred’s big thing: a few days full of energy, networking, and parties. Everyone loved being around him, always open for a conversation.

Okay, a little anecdote here. The main Market Research Congress was always in September, always in another capital in Europe.  At one of those congresses, we were enjoying a terrace in the evening with a bunch of people, one of them being one of the founders of Blauw Research (you probably know who). Beers were put on our tables, in glasses of a liter each. This bold guy started drinking his beer, challenging Fred why he couldn’t keep up with his speed of drinking. That situation kept going for some time until the challenger had emptied his beer for about half. Then Fred gently grasped his beer, seemingly to take just one gulp. But those gulps went on and on and before the bold (literally) challenger realized what was happening, Fred completely put him to shame.

Now that we’re on some anecdotes, let me share another one (we have experienced so much together, I could go on for ages). We were in a hotel in London, where Fred was being plagued by a room of youngsters being loud and cheerful. All of a sudden he had enough, and he stormed out of his room, to bang on the door of the adjacent room where the feast was taking place. The group was quickly silenced, but when returning to his room, Fred found out that the door closed behind him. Pretending as nothing happened, Fred walked to the reception to get a replacement key….. in his underwear.

Ever since we started, Fred shared with me his passion for treating everyone equally. This was also the philosophy behind Nebu and the image of the tower of Babel that we used in our first years.

No matter whom he was talking to, the plumber or the CEO of a multinational, they were all just people with different clothes.

Long story short, Fred and I worked together till February 2010, when he left the company. Ever since people always asked me at every show or conference how Fred was doing. Unfortunately, since December 31, 2014, that wasn’t so good anymore. On what should have been the bridge to a wonderful new year, a blood clot in his head exploded. Just a few months after his 70th birthday. Even at a conference recently in London, people always asked about Fred.

The world has just lost a remarkable person. The people I have spoken to since I heard about this tragic news all confirmed this, saying “I am *so* sorry to hear this. We had some fantastic times together back in the good old days .. I am very sad :-(”, “I am so so so sorry to hear that. He was a very unique person and I feel lucky to have known him.” and “Really sorry to hear that terrible news ”. All messages straight from the heart.

I don’t know what else to say, so I will leave it here, inviting you all to contribute below.

With grief,
Eric and the team at Nebu 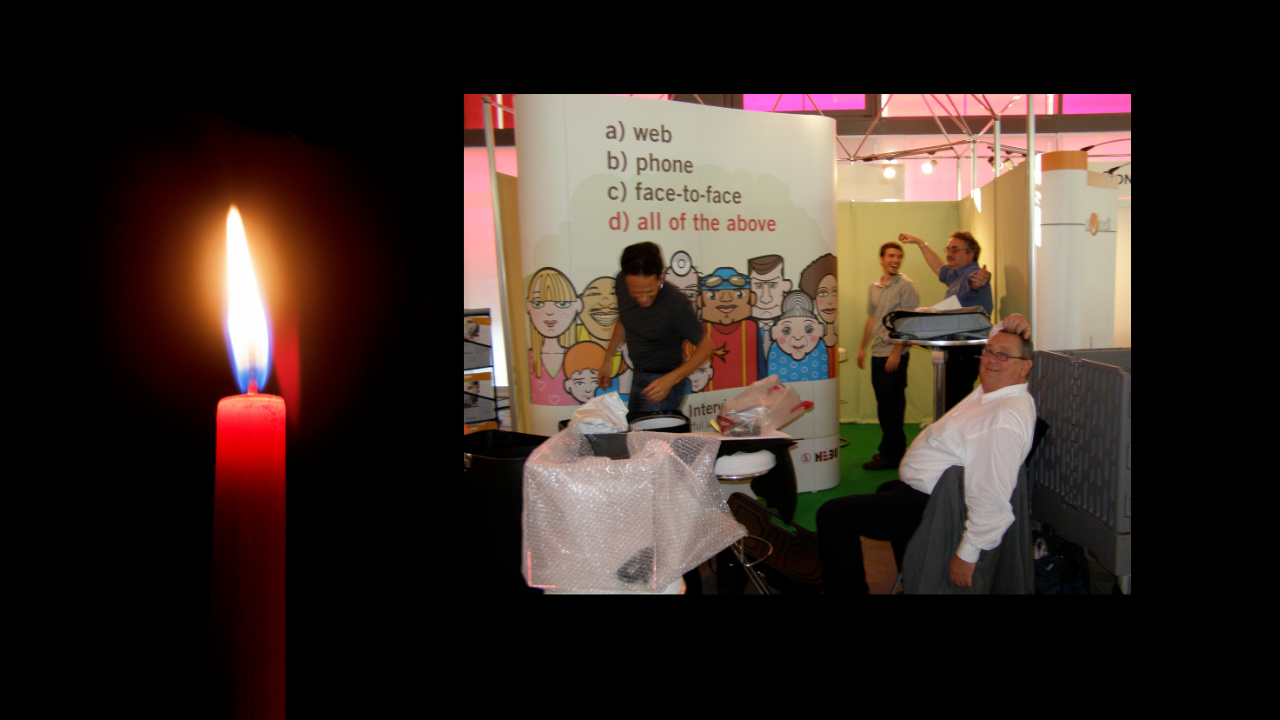 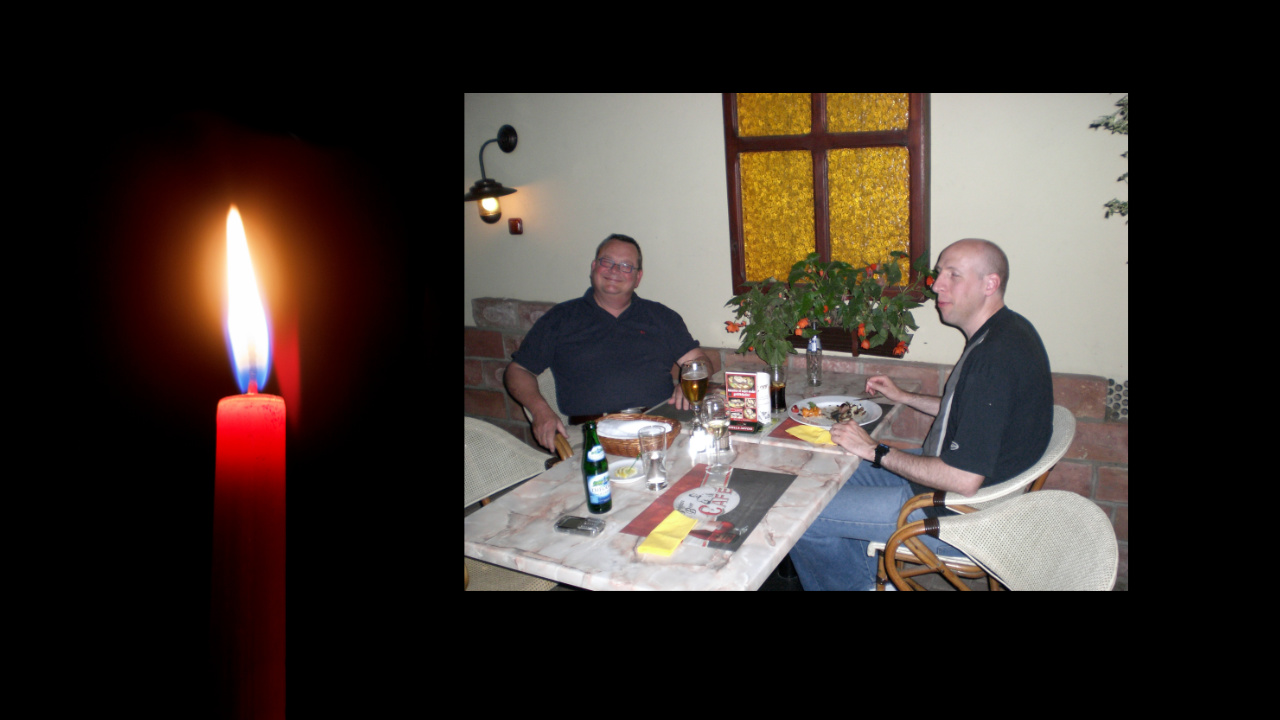 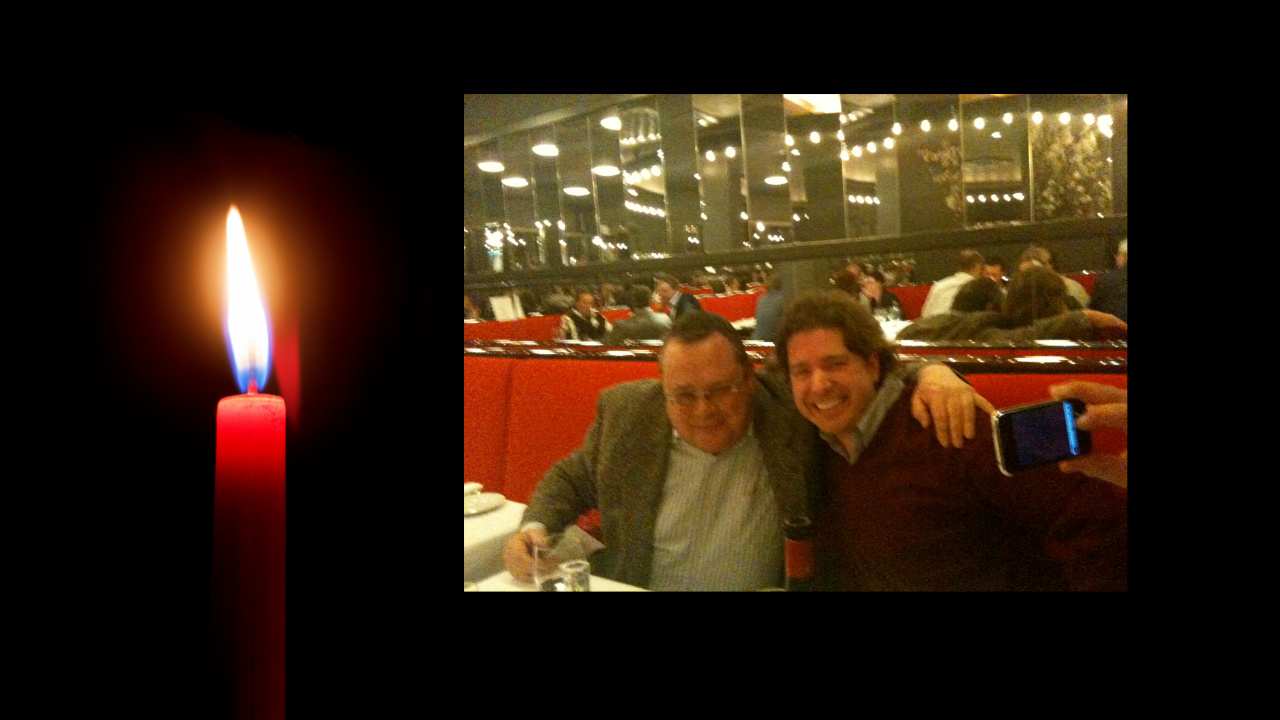 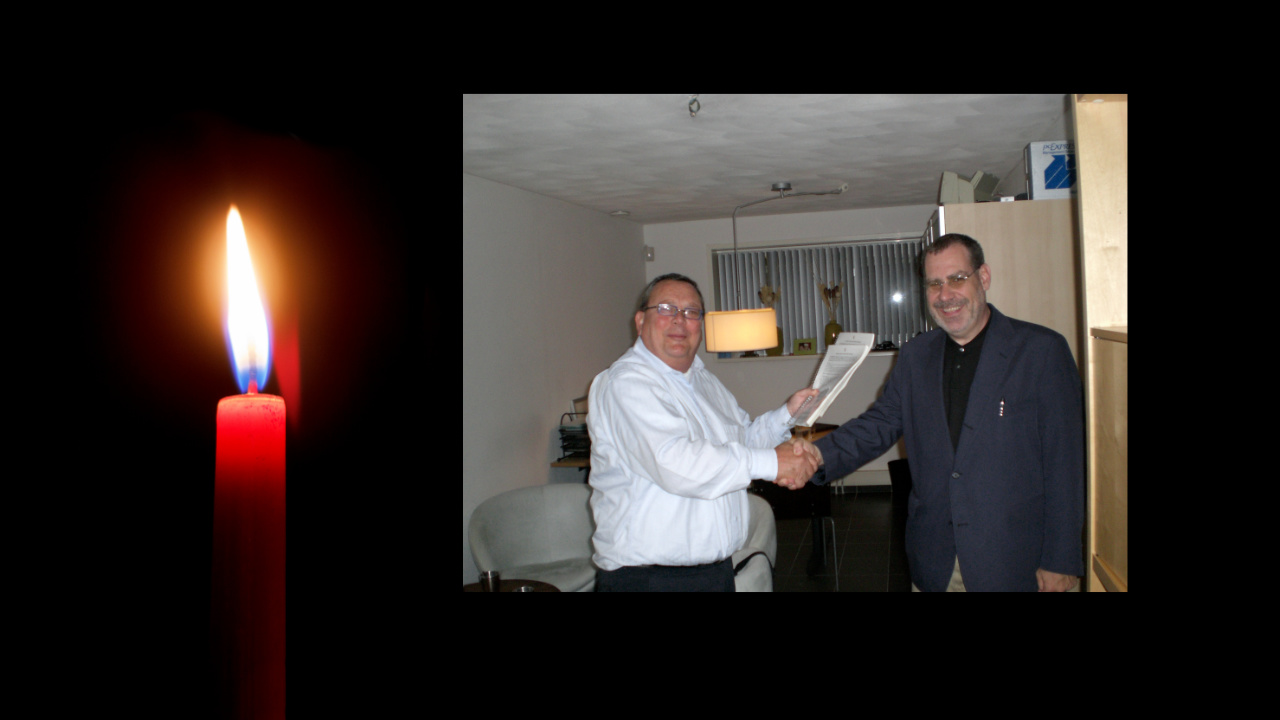 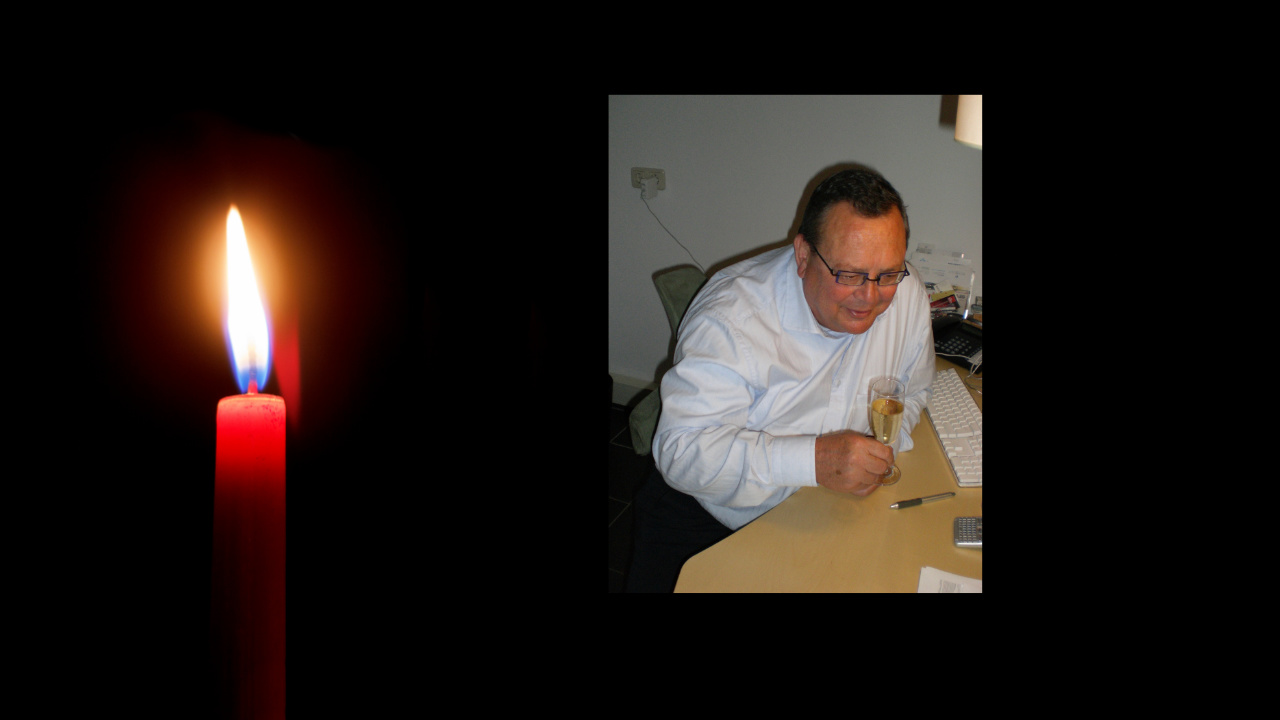 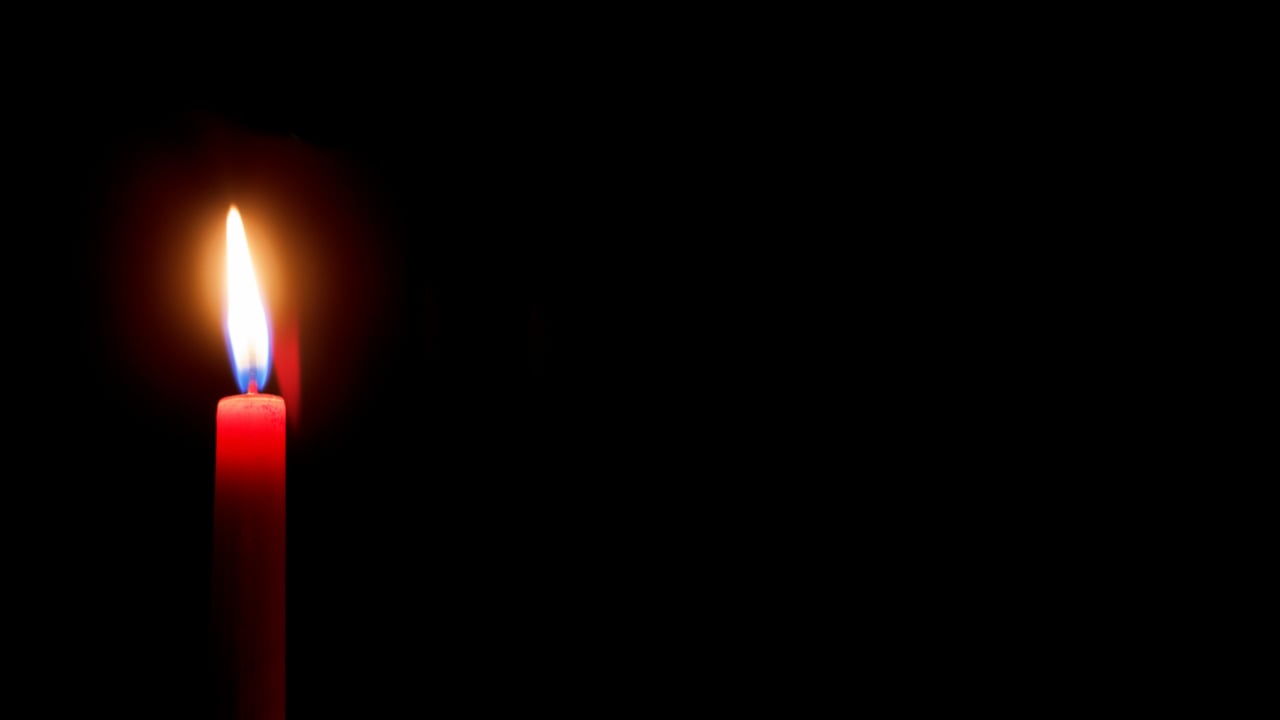 If you wish to share a good word
to honor the memory of Fred Broers,
we will post in on the page